Report shows that 37% of girls in Nepal marry before the age of 18, and 10% are still married by the age of 15 in spite of the fact that the minimum age of the marriage under Nepali law is 20 years age. This is the third highest rate of child marriage in South Asia after Bangladesh and India according to UNICEF. Nepal is facing child marriage although many organizations are working for scheming it.

There are several causes of child marriage as social, cultural, religious, economic, political and demographic. In maximum situation the mixtures of these cases cause children to child marriage without their consent. In Nepali community, there are many causes of child as socio-cultural, economic, geographical, religious, political and educational accepts.

In the present, in Nepal the trend of love marriage is increased dramatically which led the child marriage. Misuse of technology and social media cause burden in children and they fall in love affairs. Maximum of the children are influenced by mobile, internet and television due to which they are acting like and fall in love affairs, ultimately they got marriage in early age. The children can easily fall in love affairs because of growing age-biological need and socio-economic reasons. They want to fulfill sexual desire and hence they are the victim of unnecessary pregnancy, physical, mental and social problems. To get enjoy and accumulate from all the problems they finally involved in marriage.

Another cause of child marriage is to keep tradition; several community people of Nepal believe that their daughter should marry by the first menstruation. Some of the guardians become insecure about their daughter while they are in teen age so that parent pressure is also another causes for the child marriage. In the east part of the Nepal there is high dowry system and maximum of the children got marriage to save the dowry money because economically their family cannot effort the dowry money for arranged marriage.

Another cause is that there is poor control of parents over their children. Parents are busy on their own work so that they are not able to oversight to their children. Lack of education and awareness is also responsible to the child marriage. The children involved in the child marriage because they are unknown about their physical and emotional development. They are away from adolescent’s education. In Nepal community it is practice that the child and parents could not talk about the adolescents changes and sexual accepts with each other in family. Another reason is that there is poor education in school and the Impact of Gender Discrimination is high. Many parents cited what they saw as poor quality of education in government schools as a reason that they or their children had not attended to the school. The perception that government schools do not deliver adequate education drove some parents to make great efforts to try to pay for their children to attend private school instead, particularly in favor of boys which led the girls for child marriage.

Another cause is that children are forgetting their rights and responsibilities. Different organization is working here in Nepal for empowering children and promotion of education programming. The children of school are involved in child club as a member. The children are being facilitated about their right but the responsibilities are missing. Due to which they are attracted opposite six (Girls and Boys) and finally they fall in love attract. The child club members should raise the awareness about child marriage but instead they are involved themselves in some cases across the Nepal.

The research reports also find that children are getting in child marriage due to general respect. Grandparent whishes to play with grandchildren so that they emotionally forced to marry to their granddaughter, this is what the children are somehow attract for marry. Another cause is that children are involved in marry to fulfill the need of human resources at home. This happened due to the parental pressure both for girls and boys.

In many contexts the girls are discriminated in family. In many communities there is still gender discrimination. The parents’ wishes for the son instead daughter so that the number of daughter is high in family which resulted lacking of love to children especially for daughter at home. So, they run away with anyone who loves them which cause increment in child marriage, human trafficking and social conflict.     ”

Another cause is social pressures and harmful practices. There is a discriminatory gender role and social pressures drive child marriage and are an obstacle to ending it. Tradition usually dictates that boys remain with and financially support their parents, while girls who marry join their husbands’ family. This tradition encourages families to prioritize education, support, even food, for sons over daughters, and even to try to avoid having daughters.

Despite the rise in female literacy and awareness programs child marriage has not gone down significantly. This shows that a special and effective program should be needed. The local government efforts should concern to control the child marriage with community people is desirable. 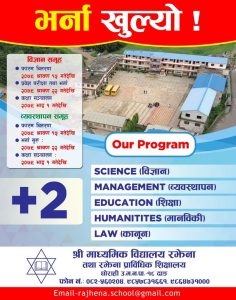 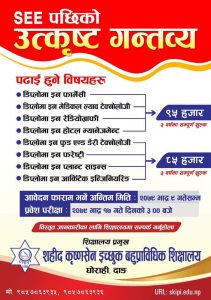 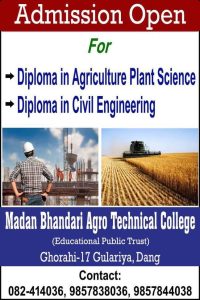